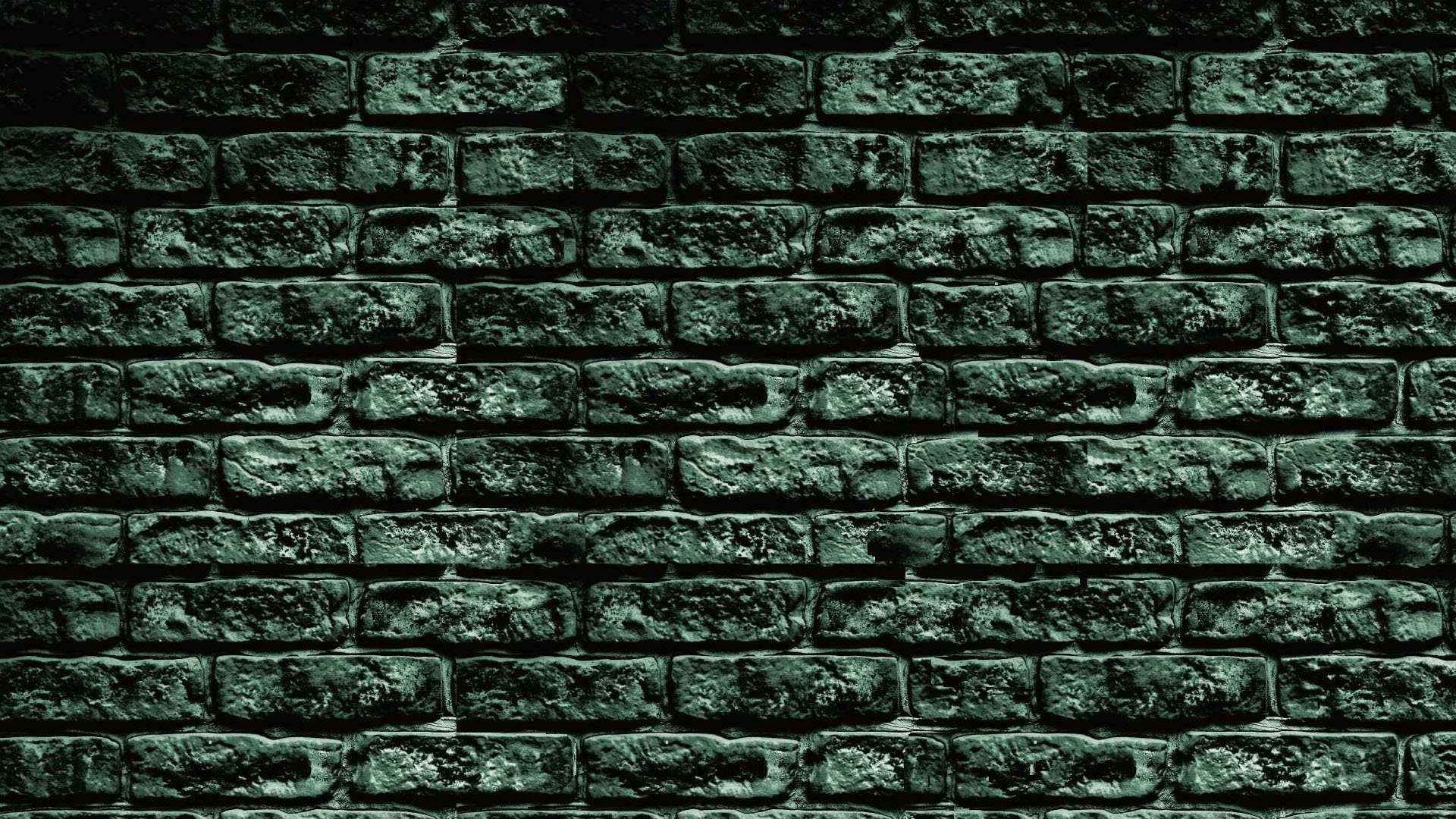 From the "Unleashed" CD

Ron’s early influences were blues and jazz from his mother Sally.

As a young woman, she was in the entertainment business, starting with the Rockettes and later as an extra in Hollywood, under contract with Warner Brothers Pictures. From his father, Al, he was introduced to the European gypsy guitar style, eg. Django Reinhardt.

When Sally saw Ron’s interest in the guitar she gave him Eric Clapton Bluesbreakers and the Yardbird LPs and said, “Well, if you’ve got to play the guitar, here’s someone you should listen too. She also turned Ron onto Ray Charles, BB King, Albert King and Nat King Cole. Ron was also taught technique by his mentor Jimmy Seleski, an advanced player who earlier on had the same influences of the legendary British guitarists; Jeff Beck, Eric Clapton and Jimmy Page.

Long before American Idol, Ron competed in an East Coast Talent contest and his first band Springhouse won the competition. Ron was awarded best guitarist trophy by Radio Celebrity and Host Hy Lit. Ron has always believed that his research into an album collection of imports unreleased in the USA at the time helped him and his band win. The two main albums in the collection were Jimi Hendrix “Are You Experienced” and Led Zeppelin 1. When Ron saw Zep 1 he said, “Oh so this is Jimmy Pages new band!!!!!!” So if you think about it, Ron, was one of the first American guitarist to play Led Zeppelin to a live audience. A talent scout, impressed with Ron’s performance ask him if he would like to be a member of the house band at the Whiskey A Go Go in Hollywood. With his mom and dad’s permission and blessings he went from Drexel Hill, Upper Darby Twp., Pennsylvania to Bel Air, California overnight! At the Whiskey he met many music celebrities.

While living in LA, Ron met Jimi Hendrix for a second time because they lived on the same street in Laurel Canyon. The first time was at the famous Manny’s Music in New York where winners were taken to pick out instruments. In walked Jimi Hendrix to Ron’s surprise!

After awhile, Ron moved back to Philadelphia, where he met and married his soulmate, Marsha. In the mid to late 70’s, Len Murray, a local radio personality and Ron formed the band Prowler, playing the New Jersey club scene to packed venues because back then the drinking age was 18 and the band was a cut above the local competition. This is where Ron met Noel Haggerty and they resurrected another popular band, Pegasus. Feeling creatively unfulfilled playing covers, he wanted to work on originals with a collaborator. He met John Corabi (Motley Crue), they hit it off, started writing and formed the band Fragile with other members Billy Childs (Britney Fox) on Bass and Adam Ferraioli on Drums. Tired of playing clubs, they decided to put a Led Zeppelin Tribute show together with the movie “The Song Remains The Same” and play theaters with the hope of merchandising their newly recorded original music to the fans. The formula was a huge success and they were the first professional Zep Tribute band on the East Coast.

During Fragile, he worked at a local music store, MacLaren’s Music, where he started to earn a good reputation as a repairman of stringed instruments. For extra cash, Ron would use his connection to go backstage at concerts to sell collectible guitars to famous musicians. This is when he met the members of UFO, Cheap Trick and Ozzy. During an Ozzy/UFO tour in 1982 Ron was asked to demonstrate a guitar for Ozzy that he wanted to buy for Brad Gillis, his guitarist after Randy’s untimely death. (Ozzy loved buying guitars for his guitar players.) Ron already knew and performed Ozzy/Randy songs from the club days with Fragile and Ozzy was impressed with Ron’s playing because Ron reminded him of Randy.

When Ozzy returned to England and started to reform his new line up, which included Pete Way on bass (UFO). Ozzy wanted Ron on guitar and had Pete Way make the travel arrangements with Ron and Marsha. Ozzy sent two plane tickets for Ron and his wife to relocate to England. It was hard for Ron to part with John Corabi, but with the blessings of his Fragile band mates, Marsha and Ron packed up and began their new adventure to England. In the week it took them to pack and fly to England, Pete had been dismissed by Ozzy because the drummer, Tommy Aldridge had a problem working with him and there were other personal issues.

Pete met Ron and Marsha at Heathrow Airport and spirited them away to Twickenham to keep Ron and Ozzy out of touch. Pete told them Ozzy was messed up, but all was not lost, they could form their own band. By the time Ozzy found Ron months later Ron was under contract with Chrysalis Records. And so, that is how Ron became a founding member of the Chrysalis Records group ‘Waysted’. Kayfield’s song writing talent scored 2 hits in Europe, Germany and Japan. Their video ‘Love Loaded’ received air play on MTV. Waysted toured the UK and Europe with Ronnie James Dio and the U.S. with Ozzy and Motley Crue, the start of Ozzfest.

Ron received a call from Fox Entertainment in Delaware asking him if he would be interested in rehearsing for a week in preparation for a special reunion concert performing with Mitch Mitchell and Noel Redding formerly of the ‘Jimi Hendrix Experience’ at the Delaware Music Festival in 1986. Ron never would have imagined when he first found that album years before, which helped start his career, that he would oneday be hanging out and performing with Noel and Mitch!!!!! He was actually playing with Jimi Hendrix’s band mates!

In 1992 Ron and Marsha purchased the music store “MacLaren’s” and changed the name to Arpeggio. They began a successful career repairing guitars and hand making their own line of guitars under the name Arpeggio Korina Guitars. During this time Ron was so busy with the store repair business and hand making guitars that his personal guitar sat in the case because he didn’t have the time to play it. After eight years of being tied to the store he felt it was time to start playing again and called some friends.

In 2003 Ron decided to form another Led Zeppelin tribute band Get The Led Out. In GTLO, Ron duplicated Jimmy Page’s performance right down to the violin bow and theremine, exciting audiences everywhere they performed, selling out such venues as The Keswick Theater, Sellersville Theater, Colonial Theater and Penns Peak. Ron had formed so many Zep bands over the years that he craved versatility and left. Ron had been thinking about creating a new show for a long time performing a Guitar Legends show, which would feature not only Led Zeppelin’s Jimmy Page, but also his other favorites such as Jeff Beck, Jimi Hendrix, Eddie Van Halen and ZZ Top’s Billy Gibbons.

His goal has always been to perform his original music. Ron has been in touch with Fin Muir his Waysted band mate. They are currently working on a long distance collaboration. 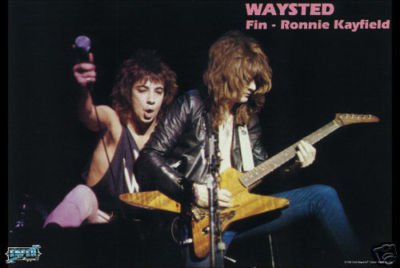